Will the Russians be drawn into a war whose main objectives are disappearing before their eyes?

The announcement of partial mobilisation in Russia makes (perhaps) sense from a military point of view, given the current situation on the front. Let’s leave this question to the military experts, much like the question of whether a war against Ukraine conducted in this way and essentially an interventionist war could ever achieve the key goal of Putin’s Russia – to stop NATO eastward expansion, however legitimate that goal may be from the Russian point of view.

In this campaign, Russia has already lost the sympathy of most Ukrainians, reinforced the importance of NATO and the US in Europe and sent Sweden and Finland to NATO. In addition, Moscow has postponed its own national development, risked its demographic future, and put in serious doubt a key attribute of its great power status – a strong military.

Military and strategic issues also have other implications for society.

What does partial mobilisation mean in terms of the dynamics of relations between the Russian regime and society?

With the vaguely announced partial mobilization, the nature of Russia’s “special military operation” in Ukraine is changing. In addition to the economic mobilization, Russia intends to call up 300,000 reservists to serve in the acute war, who will have to enlist out of duty.

In recent months, Russia has relied on market forms of volunteer service, i.e., professionals, volunteers, and also mercenaries from the private military organization Vagner. Incentives and motivations for service in Ukraine have been linked to high pay, the promise of pensions and other veterans’ privileges, and for some, a sense of patriotic duty. For the past six months, anyone who wanted to or was willing to take the risk could volunteer for service. On September 21, the International Day of Peace, that changed.

Nevertheless, this move is a series of shocks to which the current political regime is subjecting Russian society. The shocks are calibrated, but they are repeated. And, above all, these shocks significantly alter the unwritten social consensus on which Vladimir Putin’s rule and statesmanship have stood. This transformation began to radicalise sometime around 2020.

In my assessment, on the one hand, this is a return of the Russian regime to its own roots, that is, to the shock therapy times of the 1990s, which were particularly harsh in Russia, and to the constant emergence and ersatz resolution of the problems that the shocks have caused. This return to its roots appears to be the result of the regime’s inability to overcome its own contradictions and modernise.

The regime in Russia is ceasing to be a stabilocracy (a government of stability) and is transforming itself within a framework of gradual and anomic chaos in which it inevitably involves the whole society.

The regime itself is becoming the source of chaos, even though it has long prided itself on at least being able to maintain a delicate internal balance between chaos and order.

The conscription of thousands of fathers, sons and brothers into the war in Ukraine will undoubtedly lead to the politicisation of the entire conflict. So far, the Kremlin has tried to keep the war part of a virtual patriotic consensus. On the one hand, this has meant reviving some of the narratives that form part of Russia’s national identity – patriotism, pride in the Great Patriotic War and its victories, sacrifice for the homeland, and anti-Western sentiment, as well as official militarism. On the other hand, it also meant that the real war remained on television.

This fact was undoubtedly part of the public support for the whole conflict. In fact, it did not concern most of Russian citizens, and concerned them only in the sense of some of the ‘inconveniences’ brought about mainly by sanctions and the isolation of Russia from the West.

It is evident that Putin’s effort in yesterday’s speech to talk about the conflict as a conflict with the collective West and a conflict for national existence is an attempt to bring the politicisation of the war that would now occur under control.

It is no coincidence that Putin interpreted the conflict as a struggle for Russia’s existence, which on the one hand is a very emotionally powerful message. On the other hand, it is a narrative that puts the entire conflict into a framework of non-alternativity and irrationality and into a cycle of further escalation. When you are fighting for your life, you are willing to cross any boundaries. But to be fair, it is not only Vladimir Putin who is bringing Russia into this closed circle of escalation, but also, unfortunately, the reactions and actions of Western politicians.

An alternativeless Putin is now turning against the principles he has stood for years.

The necessary stabilisation and consolidation of the Russian state and society at the beginning of the 21st century, Putin’s capacity for pragmatic politics, which meant the ability to recognise risk and calculate costs and losses, the art of balancing ideology and pragmatism, and the skill of moderating conflicts of interest within elites and society – all this has taken a back seat. Today’s Putin is playing Russian roulette with his own country (and with all of us), raising the stakes with each loss or even with demonstrated or perceived weakness.

Political analysts used to emphasize that the Putin regime has operated sustainably in symbiosis with Russian society. In other words, it met the basic needs of Russian society at a given historical moment, mirrored its condition and problems, and was also part of those problems far more often than it was the solution.

The question now is, has this specific symbiosis turned into a toxic parasitic relationship before our eyes? Putin has confronted (perhaps soon not only) Russians with a choice that is not new. Dostoevsky’s Raskolnikov justified the murder of an old moneylender by saying “it was not a human being I killed, it was a principle”.

Will they (we) choose a human being or a principle? 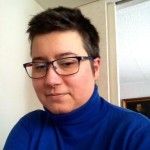